In the grand scheme of things, I am one lucky cove. So are you. The fact that you are reading this article means you have internet, an expensive and mind-bogglingly complex piece of electronic equipment, eyesight (or a screen reader), a fairly high degree of literacy — and, most telling of all, free time to bring all these skills and devices to bear on this blog post.

We are both somewhere near the top of Maslow’s hierarchy of needs.

Yet somehow my mind constantly manages to drift to the negative things in life, and ruminate, and brood, and dig and dig itself into a ghastly deep pit of despair.

A little while ago I was ruminating on my penchant for rumination, and decided that I would be a lot happier and healthier if I spent less time thinking about problems — especially problems that I have little control over, like the emerging global dystopia — and more time appreciating what I have, and all the things that haven’t gone wrong. And less time and emotional energy worrying about problems means more time and energy to effectively address them.

Some say courage is the mother of all virtues. Maybe so. But gratitude is also a force-multiplier. Genuine gratitude not only makes one happier and longer-living, it also tends to make one nicer to be around. Negative attitudes like feeling entitled and put-upon can’t get traction when you’re feeling grateful.

The question is, how does an ungrateful wretch voluntarily generate gratefulness?

I usually list 3-7 items. Sometimes they’re sweeping and philosophical, and sometimes they’re oddly specific, like seeing a bull sea lion swim by a few feet from the beach. When I’m feeling cheerful, they tend to be grand things about life, philosophy, and people I care about. When I’m grumpy, it’s easier to start with smaller things, like a good book or what I ate for dinner.

Does it work? I think it does. If I’m feeling sour at the end of the day, I have to get over it to write my list. This starts a virtuous cycle: it’s easier to sleep when you’re feeling peaceful, and good sleep gets the next day off to a better start. Also, knowing that I’ll have to come up with three things I’m grateful for in the evening helps me notice when something nifty happens during the day.

The Stoics are proponents of “negative visualization”. I think it has its place, and its benefits. But what about positive visualization? Here’s a technique that my mother, one of the happiest and most grateful people I know, recommended: every time something nice happens, spend ten seconds dwelling on it and really appreciating it.

You won’t believe how long ten seconds is until you try this exercise.

I am not the first one to notice that paying attention to breathing produces a change in state: the Buddhists have been at it for centuries. Try focusing on your breathing for a moment and see what you notice. I find that it tends to make me calmer and more clear-headed, and generally increases my sense of well-being almost instantly.

If you have the stomach for it, this is, in my experience, the most direct shortcut to gratitude. Lie on your back and imagine that it’s your funeral. Pick a time, either close to the present or when you’re old; each has its own benefits. Imagine who would be there, and what they might say. Imagine them placing flowers on the casket you’re lying in.

If you’re like me, after a brief dip into the depths of sorrow, you’ll burst up through the surface into intense gratitude for just being alive. Being a human being can be hard, but being is way cooler and more interesting than non-being.

Want to really lay it on thick? Listen to evocative music while doing this exercise. I like to do this lying on my back, eyes closed. I prefer instrumental music. Music with lyrics can work, but tends to intrude on the contemplation. For this exercise, I find Oliver Schroer[1] to be about the right mix of beautiful and poignant. I hesitate to recommend them, but movie soundtracks can also work.

I am a big fan of gritty Stoic exercises like the one above. My brother (who tends to be more grateful than I am) has gentler techniques. Here’s one that he suggested:

That’s it: basically, gratitude journaling in your head, with physiological support. But it works.

Wonder and gratitude are closely related. In fact, Robert Emmons defines gratitude as “a sense of wonder, thankfulness, and appreciation for life.”

Go far enough in any direction, and you reach unknowing. And often, when we find what the mind can’t fathom, we find wonder.

Get High, The Old-Fashioned Way

Gazing at flowers and stars, reading Borges or Ted Chiang, following an ant ... sources of wonder are all around. Mind-games can short-circuit the intellect, bringing about a second childhood while the brain reboots. But perhaps the simplest and most timeless road to awe leads up the nearest mountain.

Going outside to find gratitude inside is a bit primitive. But if you have a height of land nearby, it’s like an emotional multi-vitamin. The climb gives a chance to clear the mind. Exercise is a natural mood-booster. Nature is all around, and the calming and restorative effects of nature are well-documented. Finally, there’s the view. It’s probably beautiful, but it also gives the sense how small man-made things are compared to the rest of the landscape. (More on that later.)

It’s easy to get worked up about things, but getting worked up is only feasible if the things I could get worked up about seem significant. Worrying can make the objects of worry take on absurd significance, in a vicious cycle. This significance is often completely unwarranted. So, a shortcut to gratitude is to put everything in perspective. There are a couple ways of doing this.

Contemplate People Who Have a Harder Lot in Life

Sometimes it seems like I have a hard lot in life. Hardship is relative, though. And when I read Narrative of the Life of Frederick Douglass, Helen Keller’s autobiography, Man’s Search for Meaning, and other books by and about people who could legitimately claim to have had a hard lot in life, I realize that complaining about the hardships in my life is downright laughable.

When civilization seems to be falling apart at the seams, it can be useful to read the Ancient Greeks and Romans. We have a long way to go, and it may be true that civilization is regressing — but I’m sure glad I’m not living under Nero or Domitian!

Contemplate People Who Were “Successful”, but Miserable

If you’re ambitious, read biographies of people who “made it” financially, socially, or artistically, but lived miserable sordid lives despite their material success. Seeing the other part of the picture helps me feel grateful for my relatively obscure existence, which lets me avoid the significant downsides of wealth and fame.

Contemplate the Scale of Time

It turns out my entire lifetime could be missed by a cosmic eyeblink. Any problem small enough for me to notice is probably way below the galactic threshold for “spilt milk”.

Contemplate The Scale of the Cosmos 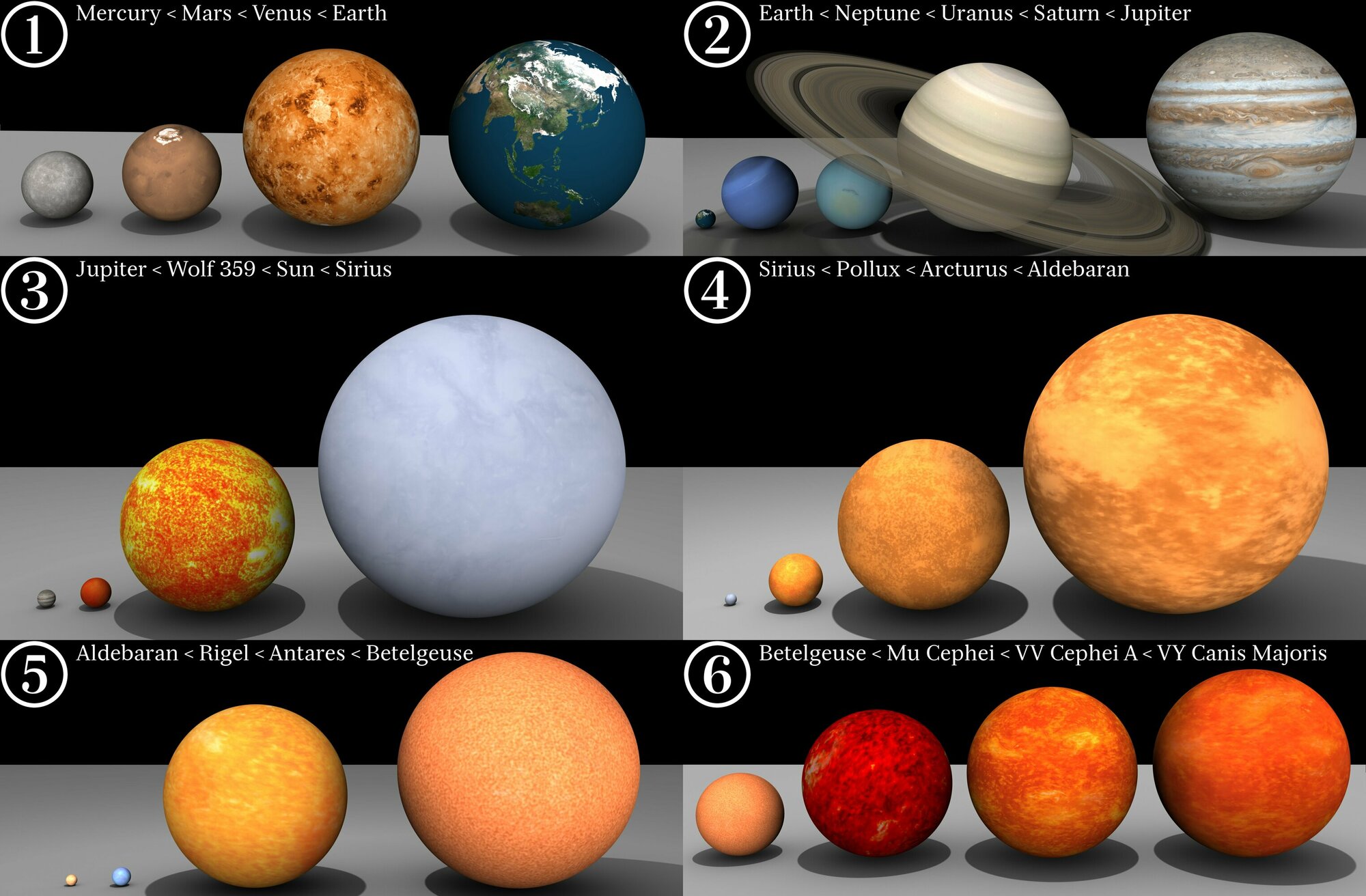 Let’s take a look at just the Sun and VY Canis Majoris:

I feel very small. And that gives me an idea of how small my problems are in the grand scheme of things!

And to end on a lighter note, here is Jérôme Lalande, who included the first known observation of VY Canis Majoris in his star catalogue, in 1801. Now, I may be an ugly cuss, but I am grateful to Monsieur Lalande for blowing most of our aesthetic shortcomings right out of the water: 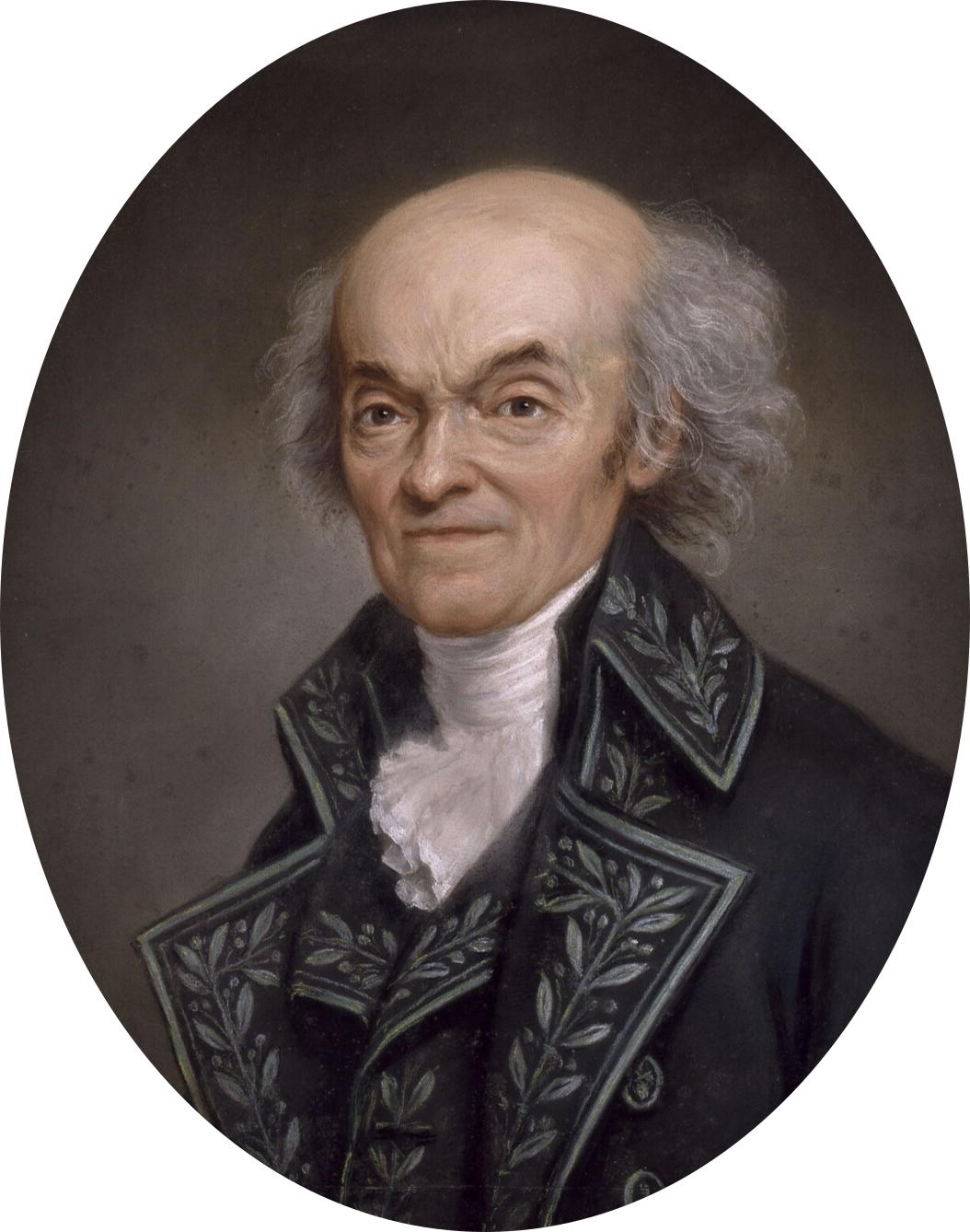